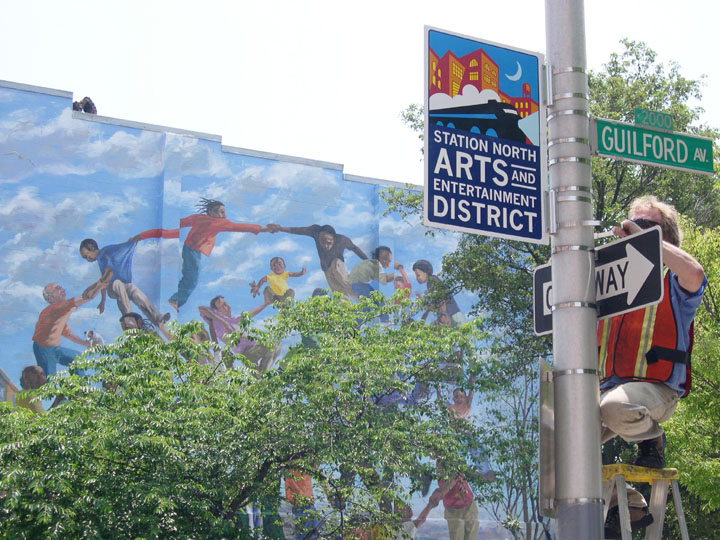 Baltimore’s Station North Arts and Entertainment Neighborhood can be found north of Pennsylvania Station, and south of North Avenue. Soon after its official designation as one of Maryland’s first Arts and Entertainment Districts, our volunteer board raised enough money to produce and install 18 signs throughout the district.

I had designed the logo earlier, and it was reduced to 5-colors for screen-printing on aluminum signs.  I myself mapped out the specific locations that would be most visible on prominent intersections and corridors, and was personally on-hand with the City’s Department of Transportation as they installed the double-sided signs. Many are still there today, after 15 years. 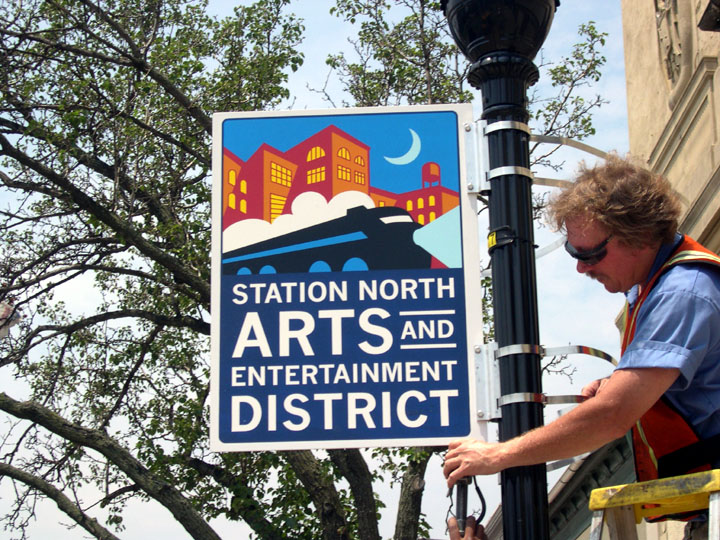 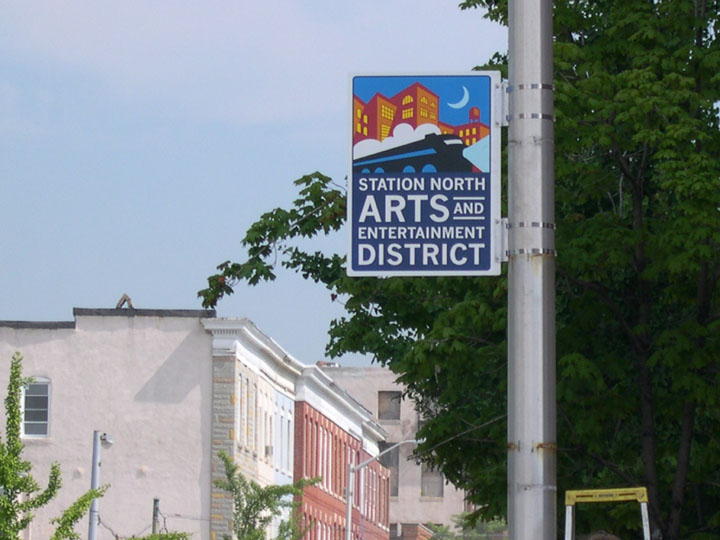 What can we do for you?

Drop us a line, and we'll respond to any request, no matter how large or small. Contact us today

PFAD is a locally owned and operated collective of designers and web developers ready to add value to any project. Your organization can benefit from individual attention while leveraging a complete team of experts.